While tech start-ups are increasingly helping shape the world around us and the UK has become one of the world’s hottest tech hubs, tech remains predominantly male and white. UK tech attracted £6.3bn of venture capital (VC) investment in 2018, more than any other European country (Tech Nation). Yet, research by the British Business Bank reveals that only 1% of total funds were invested in start-ups run solely by women.

Several factors contribute to this imbalance. The most noticeable is that female-founded ventures are few and far between. Less obvious is the fact that although female founders are more likely to apply for VC funding without a recommendation, their male counterparts often receive ‘warm’ introductions to VCs, meaning that they’re 13 times more likely to receive funding. Increasing the female pool in tech is not an easy fix. Bridging the networking gap is.

Introducing Upwards: an initiative of Investec and Outward VC, which aims to seek out and support talented, early-stage under-represented founders at a critical point in their entrepreneurial journey. These founders are invited to set up shop for three months at Investec’s offices, where they can access a network of tech and marketing teams as well as guidance from Outward VC.

We piloted the programme with My Baker, a virtual bakery where self-employed bakers connect with customers looking for customisable cakes that can be delivered in 24 to 48 hours, within a two-hour time slot. The founder, Noreen Khan, started the business in 2017 after leaving her job at Deutsche Bank and is now fuelling a sustainable source of income for more than 127 bakers across London and Birmingham.

Noreen now finds herself back in a bank, but this time for very different reasons. She gives us a snippet of her journey as a founder and her time at Investec:

The most important lesson learnt

“Passion and belief in your idea can give you tunnel vision. From the outset, I was determined to build and launch a product before truly understanding the customer and market. Research and strategic focus was an important lesson I took from the Just Eat accelerator.”

The most rewarding part of starting a business

“The My Baker platform is providing a new source of income for self-employed bakers in the UK, 85% of which are female, who rely on us for orders.”

Moving away from the security of a stable job

“The responsibility to others has been a big adjustment. I worry a lot about not being able to pay my team.”

Raising funds as a woman

“I haven’t yet felt that being a woman has set me back in raising funds, but I have only raised one round. I have female friends who are sole founders who have had very different experiences with investors asking them if they plan to have kids. That does worry me. It can unintentionally be a deciding factor.”

“First, I was invited to give a Zed Talk (Investec’s version of TED Talks) to more than 100 people, which sparked interest from around the business and drove engagement. Second, one of the tech teams organised a UX workshop which really helped us transform our website. Lastly, having our own desk and dedicated space has been so important in helping us solidify our own culture.”

“Growth is the only thing on my mind. We have to be hitting 30% growth month-on-month to set the narrative for the next raise. Currently, we are in two cities, the goal is to be nationwide.

To continue the conversation with Noreen, contact [email protected].

If you consider yourself a Black, Asian or minority ethnic (BAME) and/or female founder and want to know more about Upwards, get in touch at [email protected].

Raised by Irish parents in Johannesburg – and armed with an Art History degree – D’Arcy completed a stint in brand strategy before pivoting to the world of finance, determined to find a role where clarity and creativity of thought thrived. Since joining Outward, she’s never looked back. 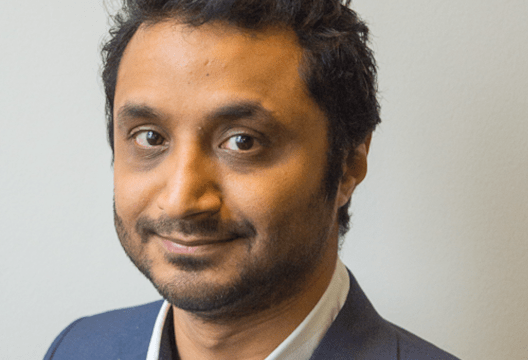 Why we invested in PrimaryBid